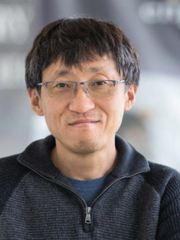 Single-cell-based sequencing has emerged as an enabling technology to explore molecular patterns of cells at “single cell” level, by dissociating individual cells and sequencing them individually at -omcs level. The technology provides a uniquely detailed view of individual cells, but also poses a significant technical and computational challenges in analyzing such a large-scale data resulting from it. The challenges include sheer scale of data, both in the number of features and the number of samples, and more critically sparsity of data. Various computational models and analysis techniques have been developed to cope with those issues. Biological questions of significance include identifying cell types, discovering subsets of cells based on molecular patterns, and defining molecular signatures of those cell types and subsets. Even though computational challenges exist, single-cell-based RNA sequencing (scRNAseq) data also provide a unique opportunity to study cellular and molecular heterogeneity of individual patient or sample as well as inquire them with systems view, which was not possible previously as all of these approaches require significantly large number of samples. This talk will introduce some of these computational tools, mostly publicly available, and some of tools that we developed, using scRNAseq data from glioblastoma, pancreatic cancer, and pulmonary hypertension.

Dr. Seungchan Kim is a Chief Scientist and Executive Professor in the Department of Electrical and Computer Engineering and Director of the CRI Center for Computational Systems Biology at the Prairie View A&M University (PVAMU). Prior to joining PVAMU in December 2016, he was the Head of Biocomputing Unit and an Associate Professor at Integrated Cancer Genomics Division of Translational Genomics Research Institute (TGen). He was one of the founding faculty members of TGen, founded in 2002, by Dr. Trent, then-Scientific Director of the National Human Genome Research Institute at the National Institutes of Health. He was also an Assistant Professor in the School of Computing, Informatics, Decision Systems Engineering (CIDSE) at the Arizona State University from 2004 till 2011. Dr. Kim received his Ph.D. in Electrical Engineering from the Texas A&M University. He was also trained as a post-doctoral fellow at the Cancer Genetics Branch of National Human Genome Research Institute.

Dr. Kim is well recognized in the field of Bioinformatics and Computational Systems Biology research, both nationally and internationally. His research interests include: 1) mathematical modeling of genetic regulatory networks, 2) development of computational methods to analyze multitude of high throughput multi-omics data to identify disease biomarkers, and 3) computational models to diagnose patients or predict patient outcomes, for example, disease subtypes or drug response. His studies have had a large influence on the development of computational tools to study underlying mechanisms for cancer development and better understand the molecular mechanisms behind cancer biology and biological systems.