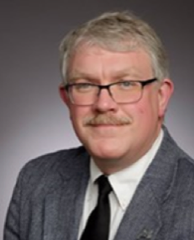 Operations in the earth’s upper atmosphere and in outer space must contend with an increased level of ionizing radiation that can be harmful to both humans and instrumentation. This ionizing radiation comes from the sun and from outside the solar system via violent cosmic activities such as star supernovae. The earth’s atmosphere and inherent magnetic field provide shielding at the earth’s surface. Forms of artificial shielding can help reduce or at least mitigate radiation exposure in aerospace applications. PVAMU has performed numerous experiments using ground-based ionizing radiation sources relevant to components of the aerospace radiation environment. These experiments are designed to evaluate the shielding effectiveness of novel, multifunctional materials with respect to “standard” aerospace materials. This talk will discuss these experiments and their implication for aerospace safety and reliability.

Dr. Richard Wilkins received a B.S. in physics from the University of Pittsburgh and a Ph.D. in condensed matter physics from the University of Michigan – Ann Arbor in 1991. He studied semiconductor surfaces during as a post-doctoral researcher in the Department of Physics at Texas A&M University. In 1993, he join the NASA funded Laboratory for Radiation Studies at Prairie View A&M University (PVAMU) as a research scientist. In 1997, Dr. Wilkins joined the faculty in the Department of Electrical and Computer Engineering at PVAMU as an assistant professor and professor in 2010. In 2000, he became the director of the NASA Center for Applied Radiation Research (CARR). Following CARR in 2008, NASA established the Center for Radiation Engineering and Research for Space Exploration (CRESSE) at PVAMU with Dr. Wilkins as director. During the funding cycle, CARR and CRESSE had an annual budget of $1 million or more, three staff, more than five faculty investigators and associated graduate and undergraduate researchers. His research interests focus on radiation effects and dosimetry, and he has co-authored papers on radiation effects on novel electronic materials and devices, radiation dosimetry and radiation shielding. In collaboration with Rice University, he led an effort to perform the first radiation experiments on carbon nanotube materials for which he was awarded a Group Achievement Award (GAA) from NASA in 2001. More recently (2014), he was part of a GAA for the “ISS UR-1” project where minority universities sent a biochemical payload to the International Space Station, and in 2019 a GAA for the RaD-X Science Team for aviation radiation studies.