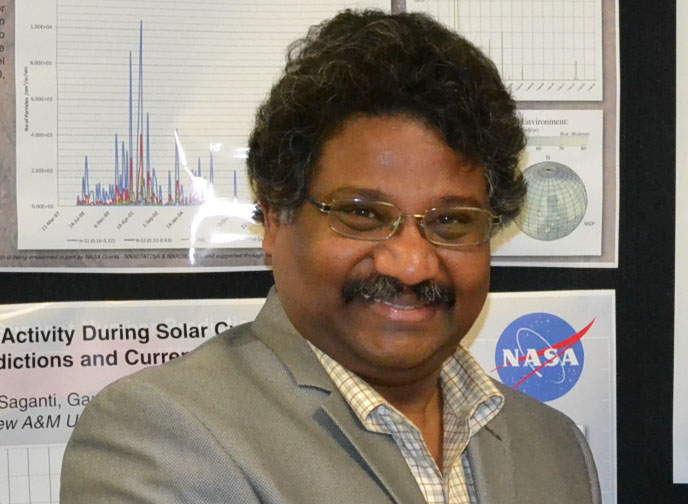 Recently, we developed a CMOS (complementary metal oxide) based radiation Track Structure Detector (TSD) system for capturing and analyzing heavy ion tracks at cellular dimensions with a 1.67 microns per pixel resolution and more than 10 M pixels on the sensor.

To characterize the heavy ion particle track structure at micron level, we collected data with several ions of varying energies at NASA Space Radiation Laboratory (NSRL) of the Brookhaven National Laboratory (BNL). In particular, due to recent interest of carbon ions for treatment applications, we collected data with carbon ions (300 MeV and 55 MeV) at NSRL. Also, we characterized carbon ions (290 MeV) at the HIMAC (Heavy Ion Medical Accelerator in Chiba) facility in Japan for analyzing track structure and fragments across the particle track. All our experiments with detector system are augmented with biological samples making use of a custom built chamber slide adopter designed to reside atop of the sensor unit for correlating spatial distribution of the track structure and trajectory impact at cell level for samples such as mCherry -53BP1 hippocampal neuronal cells.

Our data of particle tracks are promising to interpret the track length and spatial distribution of radiation particles at cell dimensions. Also, our data is promising to study fragments along the particle trajectory. Results of carbon ion tracks and cell impacts will be presented along with other track structure observations.