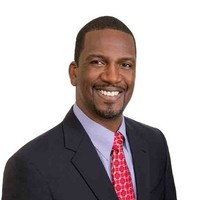 Note: The talk was disrupted due to unforeseen technical issue. The partial recording of the talk is avaialble via the link above. Dr. Martin will come back with more update in the Spring 2023.

In collaboration with Dr. Seungchan Kim and Sandia National Laboratory’s Bioresource & Environmental Security Team, our research team seeks to identify key microbial and environmental factors for upregulating methanotrophy in typically methanogenic systems in agriculture and waste management, including landfills, waste-water, and rice cultivation, among others. To this end, we employ topological metabolic analysis to synthesize and reconstruct methane pathways in methanotrophic and methanogenic microorganisms. The overarching goal is to provide guidance on how to maintain stable consortia of microorganisms that convert greenhouse gases into usable biomass. In this talk, we will investigate the interplay between anaerobic ammonium oxidative and denitrifying anaerobic methane oxidative (anammox-DAMO) biochemical pathways, using topological metabolic analysis (TMA), in hopes of optimizing consortia of ammonia-producing methanogenic and methanotrophic bacteria. Specifically, we focus on the development of a TMA framework that enables reconstruction of anammox-DAMO pathways and subsequent optimization of these oxidative processes.

As an aside, Dr. Martin is also a licensed attorney and a member of the State Bar of Texas.