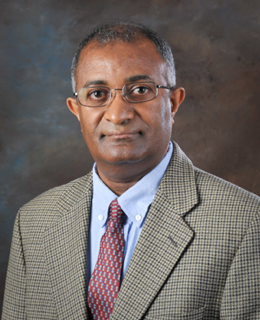 My research focuses on identifying the physiological, molecular, and genetic mechanisms controlling shoot branching, a major trait that determines crop yield. Uncontrolled shoot branching reduces crop yield. Fruit crop growers manually remove branches to increase fruit yield and quality. The labor cost for removing branches, known as pruning, substantially reduce farm profitability. My research goals are to understand the molecular pathways and identify genes that control shoot branching and use the information to manipulate shoot branching and improve crop yield. Developing new crops with the desired number of branches, and that do not require pruning, will reduce the cost of production and increase yield and farm profit. In particular, small-scale farmers that grow diverse vegetable and fruit crops have higher labor needs and will benefit from growing new crops that do not require pruning. I have been investigating shoot branching using naturally occurring light signaling and shoot branching mutants of sorghum, maize, and wheat. Gene expression analysis is one of the approaches I used to dissect the molecular pathways and identify candidate genes controlling shoot branching in these mutants. Initially I used northern blotting and identified that light controls the expression of teosinte branched1 (tb1) gene to promote or inhibit shoot branching. Using northern blot, only one gene can be investigated at a time. With the development of quantitative PCR (qPCR), I was able to study several genes at a time and identified that tb1 controls the expression of another gene, grassy tillers1 to inhibit shoot branching in response to light signals. An in-depth knowledge of molecular mechanisms and genes that control shoot branching in response to light signals was gained using RNA-seq gene expression profiling methods. In this seminar, I will demonstrate the power of RNA-seq for identifying molecular mechanisms and genes that control shoot branching.