[CCSB Seminar Series] Epigenetics: Do we know what we know? 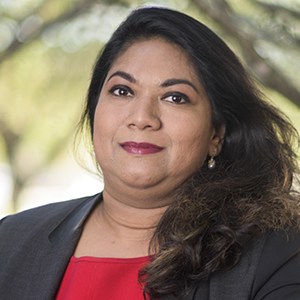 Epigenetic changes in the cells or extracellular fluid underlie the development of human diseases can predict the diseases ahead of any symptoms. These changes include DNA methylation changes throughout the genome, post-translational chromatin modifications, and several non-coding RNA alterations. Identification of these alterations for use as predictive and prognostic biomarkers as well as regulators has been a highly sought-after goal. Recent advances in the field have not only greatly expanded our knowledge of the epigenetic changes in diseases but also demonstrated their significant clinical utility as biomarkers or target regulators. These biomarkers have proved to be useful for identifying patients who might be on high risk of developing diseases. On the other hand, early biomarkers/regulators augment the success rate of drug development and thereby accelerate the availability of new therapeutics.

Mahua Choudhury is a tenured Associate Professor in the Pharmaceutical Sciences Department of Texas A&M University. Dr. Mahua Choudhury received her Ph.D. in Medical Pharmacology from University of Missouri followed by American Diabetes Association fellowship at Colorado Children’s Hospital. Dr. Mahua Choudhury is a Pharmacologist and Molecular Biologist with a research focus on epigenetic biomarkers and regulations of human diseases. She conducts research to investigate several interdisciplinary epigenetic translational projects in in vitro, in vivo (non-human primates and rodents), and patients. She has been working on several (total 31) funded projects as a PI or Co-PI. This integrated pharmacological and molecular approach has enabled her research group to obtain high impact articles including cover page and competitive grant awards in a worldwide challenge (Bill and Melinda Gates Grand Challenge Awards, twice). Her work has been highlighted in national-international media including BBC, New York Times.. She has published 51 articles and 8 book chapters. She has trained several postdocs and students who are now well established in academia and industry. Her two submitted patents are in consideration for marketing by multinational companies. She enjoys mentoring next generation researchers.